“More Duties, Same Pay” – What to Do When You Are Offered a Promotion But No Pay Raise 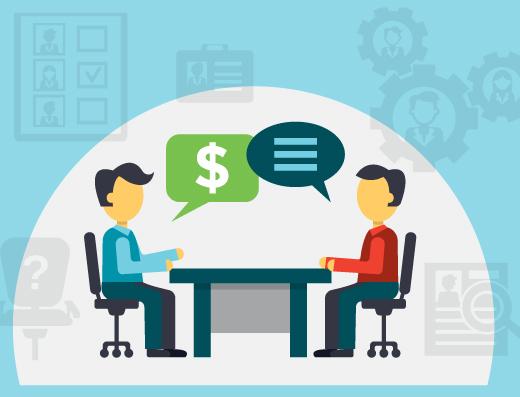 Being offered a promotion signifies that your employer recognizes your value, competency, talent, and abilities. Being assigned more responsibility shows that everyone knows that you’re capable of rising to the occasion – if you weren’t, they would have given the position to someone else. You may have found yourself eagerly anticipating this promotion, going the extra mile to prove your worthiness.

When you finally get the offer, it may be shocking when it seems to merely be the request for you to take on more. If there is seemingly no pay bump involved with the added responsibility, it’s easy to feel as though your employer is taking advantage of you. In fact, they are. If you’re not offered more pay in addition to your new title, there are several ways to approach this glaring issue with your employer.

Research for a Bargaining Chip

Want to know if the pay you’re getting is already sufficient for your job title? All you need to do is Google it. Plenty of career oriented websites will showcase the average salary for work performed under the title your new promotion will afford you. Your employer may state that your salary is already in line with your position, but concrete facts can be used to prove otherwise. If it turns out that you’re already in a good financial position, you may have a harder time negotiating for something better.

If the difference between your current salary for your current title and the average salary for your new title turns out to be negligible, it may be best to negotiate for a raise later on. If the discrepancy is great right off the bat, this is something you’ll want to mention before you accept the proposed promotion.

Don’t Wait for Them To Offer a Raise

Companies are constantly trying to save money. In an effort to do just that, the company you work for may not outright offer you a salary bump to complement your new title. They could be waiting to see what you say first – they don’t want to put all their cards out on the table. If you’re willing to take on more responsibility without requesting higher pay, they’re not going to stop you. You need to use your voice, because they are unlikely to advocate for you if it’s going to cost them more money.

Although it may be an awkward conversation to have, you need to begin negotiating for that raise. If you have the average salary for your position on paper, it will be difficult for the company to dispute what salary is fair for your new position. You may find yourself on the receiving end of some pushback if the numbers are significantly different, but you need to remember one thing. You were asked to take on more responsibility because they saw the value in you, and they’re unlikely to be willing to let that value walk to their competition. Be polite, but be firm.

Your company may not offer you a raise with your promotion because of the way they handle raises. They may prefer to give you a raise at the end of the year, or at your next performance review. It could be that a raise is already on the horizon – it’s just coming at a different time that won’t quite sync up with your promotion. If this is the case (and you really want your promotion), just hang in there.

If there is no clear cut way to obtain a raise or it hasn’t been explained to you otherwise, you need to ask. If they are open to the idea of raising your pay and the company is able to give you a clear timeline or list of criteria that needs to be met before that raise can occur, review that information. If you feel as though it’s fair or worth the wait, accept your promotion and proceed as normal.

If you’re merely being offered more responsibility for the same pay and there doesn’t seem to be any promise of a raise anywhere in the foreseeable future, one of the best courses of action you can take would be to decline the position. Accepting it anyway would serve as an open invitation for your employer to continue to take advantage of you. If they can drop more and more on you and you’ll happily rise to the challenge without expecting anything in return, they’re going to work you until you’re miserable.

If your employer really wants you in that new spot and you decline the position over the lack of a raise, there’s always a chance that your refusal will motivate them to move. It’s unlikely that they’ll be able to hire someone else to fill that position and save money in the process – a savvy businessperson would understand that it’s better to place you where you were intended to go, even if doing so comes with a hefty price tag.

Beef Up Your Resume

Alternatively, you can take the promotion without a raise. That promotion is something valuable to your resume. Working in that position for a few months will give you the experience you need to better shop yourself to your current company’s competitors. You can also apply your skillset to an entirely new industry. If they’re in search of top talent, they’ll be glad to pay you what you’re worth to take you off the hands of another company.

Don’t allow yourself to feel guilty or disloyal for plotting an exit strategy. You know what you’re worth, and you know you’re being mistreated if you’re not being paid for the full scope of your worth. They won’t give you the courtesy of properly compensating you. You shouldn’t give them unlimited access to your hard work, experience, and talent.

When you’re offered a promotion without a pay raise, you have several ways to approach the situation. No matter what decision you make, there’s always a way for that scenario to work out in your favor. Even if it means changing employers in the long run, the offer of a promotion should signify your excellence in the workplace. Don’t let the lack of a raise negatively impact your professional self esteem – simply demand better.

Olivia Davies is a passionate content creator and has years of experience in writing articles and blog posts on career and Internet marketing. Thanks to her creative approach and good communication skills, she successfully performs the role of a Customer Hero at Assertive Media London. She is interested in self-development and likes to share her experience with other people.