My working trip to Saudi Arabia 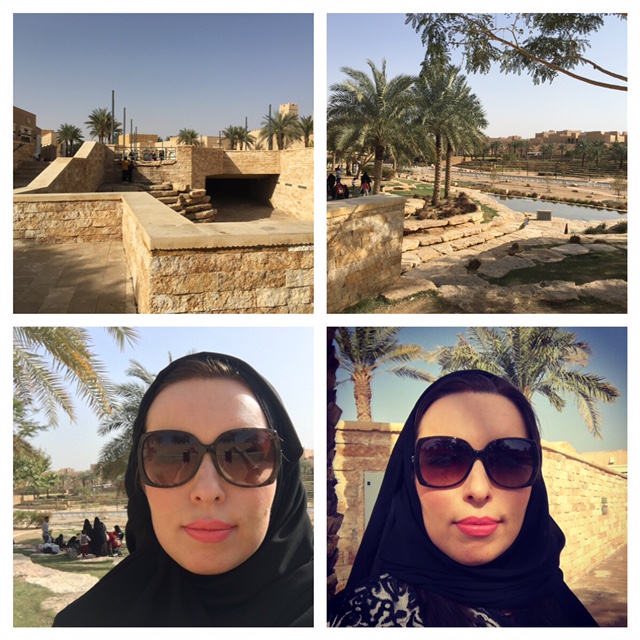 This will not be my usual blog post with advice on job search or interviewing. I’ve had a lot of people ask me about my recent trip to Saudi Arabia, so I thought I’d write a little blog post about it!

In mid January I got approached by a wealth fund in Saudi Arabia to do interview training for their recruiters. They’ve found me on LinkedIn – just goes to show that being visible and providing value consistently pays off! I initially thought that maybe someone has recommended me – I actually had a couple of clients from Saudi Arabia before. But no, the HR person has just literally found me on LinkedIn, which was v. exciting!

It took a few weeks of emails to agree the content, they also wanted to get references from my previous clients, we had to sort our my visa, flights etc and it was finally time to fly last Saturday.

I was a bit apprehensive about going to Saudi Arabia – after all there are a lot of strict rules there. The Islamic law is strictly enforced, you can’t buy alcohol anywhere (not officially anyway); electronic devices may be screened by customs officials on arrival, women are not allowed to drive etc.

When I tried to book a spa treatment in  my hotel, I was told the spa is for men only…

Women also need to wear conservative, loose-fitting clothes as well as a full length cloak (abaya) and a headscarf. Men should not wear shorts in public.

I also had no idea what to expect from a group I was supposed to train. Would they be open and receptive to training?

It was time to find out.

I was lucky the organisation has booked business class flights for me – it was certainly better than traveling with RyanAir:-)

I started with a free breakfast in the business lounge of Qatar Airways at Heathrow: 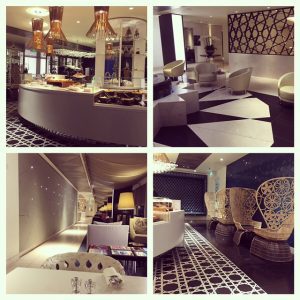 The flight was super relaxing due to my flat bed, amazing food and champagne on demand – in fact I felt like after a visit to the spa (minus the massage:-)  I spent a few hours sleeping and reading. 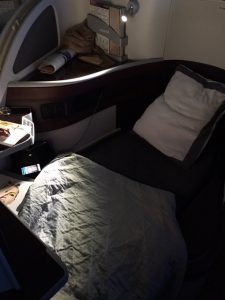 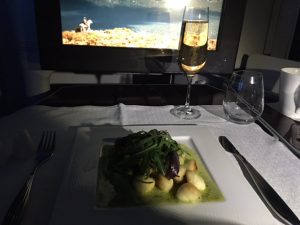 I flew to Doha first and had to wait a few hours to my flight to Riyadh as they had to change the aircraft. I couldn’t wait to wear my pretty abaya (borrowed from a friend), so I put it on while relaxing in the First Class lounge:-) 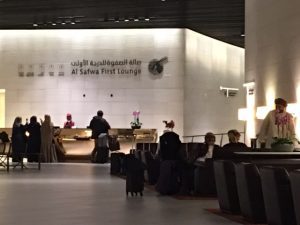 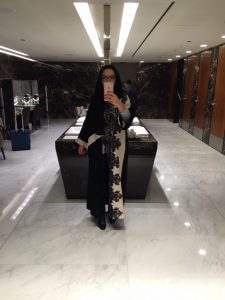 The driver picked me up just after midnight and took me to my hotel. After just a few hours of sleep, it was time to do the first half day of my training session and I was driven to the area where a lot of other international firms like Cisco have their offices.

The group was fantastic – very friendly, very open and 4 hours just flew by. We covered types of interviews, how to prepare and how to structure them, how to phone screen effectively and how to identify A-Players in a job interview. There were a few recruiters with different levels of experience, all spoke good English and a couple worked or studied in the UK.

After the training, it was time to see the city. The driver then took me to historical part of Riyadh – Diriyah, where I walked around for a bit. Prior to going to Riyadh, I was told women aren’t allowed to walk on their own, but this wasn’t the case and my new Saudi colleagues have assured me it was ok to explore that part of the city on my own. 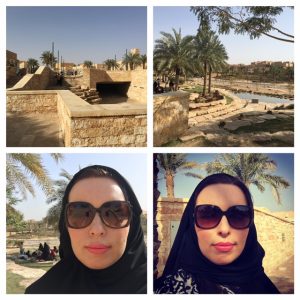 I also wanted to see the Ritz, as it looked spectacular on the pictures I’ve seen online. I wasn’t disappointed, the hotel was stunning!

Even at the Ritz, there is a separate section for men only, and another one for women and families. The staff was great though and we had some interesting chats. There are a lot of Indian and Pakistani workers there, as they can earn so much more than in their own countries. For example, one of the Ritz’s workers was on 2000 SAR per month (around 430 GBP/530 USD) which might not be a high salary in Riyadh, but it is a lot more than what he’d have earned back home.

I later heard that you can earn 4x more than what you’d earn in your own country and your housing is often paid for. The laws are obviously very restrictive, but the upside is the crime rate is very low and people I’ve met certainly didn’t look oppressed. They spoke good English, a few worked or studied abroad and they were really friendly. One lady from my group got her Master’s degree in the UK and she still decided to return to Saudi after 8 years in the UK. 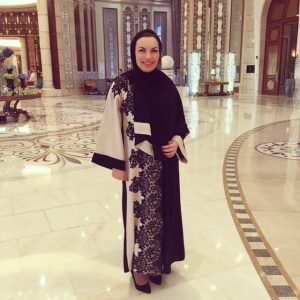 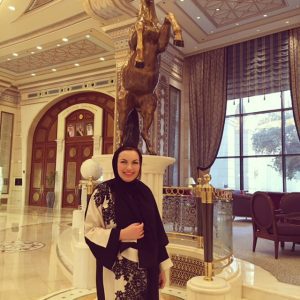 When I got back to my hotel that night (using my Uber app!:-) and I was doing some work, I noticed a message from one of my LinkedIn connections. She lives in Riyadh, noticed my status update about going there to work, and suggested we meet up, so we arranged to meet the next day.

The second day of training was great as well – we did a lot of role-plays and the group was happy with the training. Here is one picture of all of us: 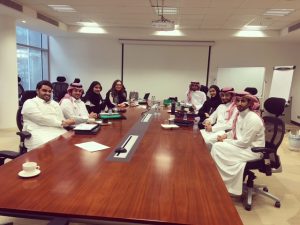 After the second day of my training, we went for (non-alcoholic of course!) cocktails at the Four Seasons hotel by the pool, where we had a great afternoon chatting in the sun. 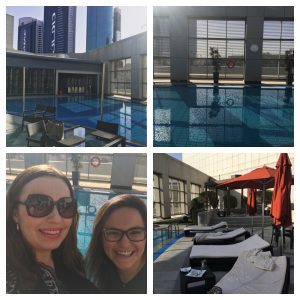 A few hours later, it was time to fly back to London. I am going to miss flying business class now:-)  It was such an incredible trip and I’d love the opportunity to be able to do some more work in the Middle East in the future.

Hope you’ve enjoyed reading about my little adventure:-) Feel free to leave me a comment below.