A New Way Of Life These Careers Could Bring You 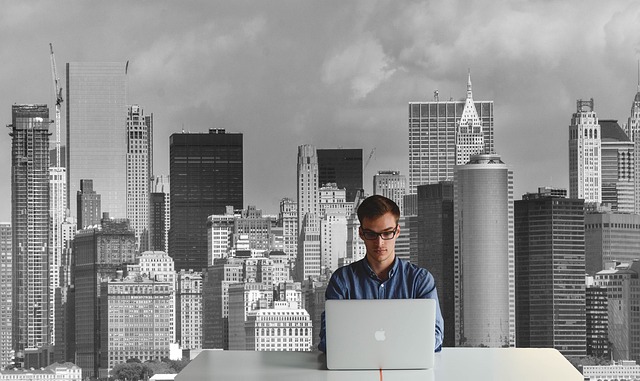 A career can bring you whatever you want it to bring you, if you look in the right places. If you’re someone who is always looking to do the bare minimum at work, and you’ll moan about every single little thing that goes on whilst you’re there, you’re never going to get where you need to be. People pick up on the vibe that you’re giving off, and the comments you make about your working life definitely will circle around one day. So before we even start this article, you need to do a little bit of brain searching, and figure out whether it’s your attitude towards work that’s the problem, or just the role you’re in. One is easier to fix than the other, because if it is your mindset, it’s so super hard to change that, no matter what line of work you go into. But for those of you who truly do know that it is your career that’s making you feel the way that you do, there’s obviously ways out. But as obvious as they might be, it still doesn’t make them any easier to try and move to. But with a new life waiting for you, there’s no time like the present to think about the new way of life that these careers could give you, and how you could get into them!

Nursing is one of the most rewarding careers that you can go into, and if anyone tries to tell you different, they’re most definitely lying. Now, we won’t try and fool you, and tell you that it isn’t hard work. Because if there’s one career out of the ones we’re going to list today that’s just so hard to get through, it’s this one. The training is where it all begins, but online nurse practitioner programs make it so much easier to find an access route into this career. But just because it’s online, doesn’t mean it isn’t going to be as hard as it would if you went to college or university. The coursework will be long, and the hours of placement will be even longer. But as soon as you qualify, you know you have a job for life here, and you know you have one that you’re never going to get bored of. There’s just so many different avenues to go down with nursing, making swapping and changing between specific roles really easy. Not only that, but it gives you a totally new way of life, despite the shift work. You’ll have the chance to travel and work in different countries so easily, and you’ll have to chance to work all sorts of shift patterns, so you’ll never have to face the dreaded 9-5 that most do. It’ll keep you on your feet and active within your career, and the knowledge base you’ll build will just be incredible.

Arguably one of the best industries if you’re looking for a career that’s going to give you so many opportunities to change your lifestyle. Travel and tourism is a broad industry, and we haven’t specifically mentioned a career yet because there are two that we want to talk to you about. The first, is becoming a travel agent. Don’t worry, there is actually a big gap in the market for individually owner travel agents, rather than these big tour operators you see everywhere. This could actually take you around the world, building rapports with different hotels and airlines, trying to get the best deal possible for your customers. You’d be able to set and work your own hours, but you’d have to put in the hard work to get your little shop noticed. Social media will no doubt become your best friend here, and as word of mouth spreads the news of your store, it shouldn’t be long until you build up a good reputation.

The second career that we want to speak about which will also allow you to travel around the world, is becoming a member of cabin crew. Cabin crew is like marmite, you’re either going to love or hate the role. The main reason people dislike the idea of it, is because they think that they’ll be away for such a large amount of the month, when in reality this isn’t the case. You could go with a short haul airline, and find yourself at home every other night. But of course, the more glamorous side of things comes with long haul, and there are so many beautiful countries out there that you can explore if you do go long haul! The pay is generally pretty good, and the bigger the airline that you chose to go with, the more perks that you’re going to have.

This is only going to suit a select few of you, but freelance copywriting is one of the best careers that you can go into, freelance wise. You can generally pick up so much work, going from company to company, doing what work they need you to do. You will generally have to have a high level of English qualification, and you will more than likely have to build up your own portfolio of work, to try and make your services the one that people want. But you do have to have the skills to do something like this, and it might involve doing some free work to build yourself up, before you present your work to companies to try and get the big bucks.

Again, this is only going to appeal to the select few of you who have that sporty bone in you, but if you do, there’s so much that you can do being a sports therapist. It will involve you having to go to college or university to get the qualification that you need, but the results will be so worth it. You could work for some big sports teams, providing things like massage services, sports technique, and many other things. There’s definitely room to make money with this career!