Those multi-billion dollar CEOs you read about don’t make it on their own. They are advised in both work and life on how to succeed at such high levels. Rest-assured that they are receiving advice that is more unique than ‘work hard’, ‘be a good communicator’, or ‘stick to your path’. This is the kind of advice that will lead people to middle management, not C level positions at powerful corporations. Here are several examples of leadership advice that CEOs often receive from their to gurus. Much of this may not be at all what you would expect major leaders to be taught.

Guide and Motivate Rather Than Issuing Orders

If you see a boss who gets things done via barking orders and shouting out directives, chances are that person knows very little about the people who work underneath them. After all, how could they. Has anyone ever thrived in that kind of work environment? Has anyone ever gone above and beyond to creatively solve a problem or made an extra effort to ensure a customer was happy because they were so motivated by their boss’s screaming?

Of course not. In spite of this, the stereotypical image of the boss as alpha type dominating employees is still quite popular. Many in leadership positions feel the need to emulate out of fear of appearing to be weak or indecisive. In reality, leaders who take the time to get to know their employees and learn what motivates them will always be better able to get the best performance out of their team members.

The trait of vulnerability is more valuable to leaders than many people may think. Workers don’t associate this emotion with a lack of competence or leadership. Instead, they see leaders who are willing to display doubt and fear as being trustworthy. Showing these emotions is also a great indicator of empathy.

Imagine being a part of a company in the midst of a stressful international expansion. You need things translated into a foreign language to ensure things go as smoothly as possible. Unfortunately, the company translating documents, localizing web pages, and ensuring that your translation needs are met fall through. Things are thrown into a last minute panic.

While people would rightly expect leadership to step in and hire an experienced translation service provider like The Word Point, they don’t expect them to remain emotionless in such a stressful time. Leaders earn respect while being honest about their vulnerabilities while still remaining strong enough to counted upon for solutions.

There is no Prize for Overworking

Recently a few CEOs have been rightfully dragged on social media for expressing that new hires should give up any hope of a work life balance. There is even a CEO who questions interviewees over whether or not they would disrupt a vacation to Disney with their families to return to work on demand. He’s not just testing the waters with this question. In fact, he fully expects them to answer in the affirmative.

The truth is, this just isn’t necessary. These displays of company loyalty or working insanely long hours don’t lead to more success. They don’t lead to a better bottom line. Not only should good leaders discourage these unhealthy work patterns, they should be vigilant in encouraging workers to achieve a healthy work life balance. Leaders should be an example in physical and mental self-care. They should take breaks and vacations, and encourage others to be the same.

The best leaders understand the privilege that is the foundation for all of their hard work. While remaining very proud of their accomplishments, they also seek out opportunities to give back to the community where they launched or house their empires. This is why you see famous CEOs ranging from Bill Gates to Richard Branson being involved in charitable initiatives. It’s also why they encourage their employees to do the same.

Great leaders find causes that they are passionate about. Then, they encourage their teams to work under them towards these causes. They also will encourage employees by matching both savings and donations. Finally, leaders can motivate and set an example of prioritizing service by giving their own time to support charitable causes.

Leaders always have a plan for growth and change. They don’t keep this under wraps either. They become infected with enthusiasm and want to share that enthusiasm with the people who work under them. Good leaders know that their excitement and positivity keeps their team motivated and ready to move forward. Imagine if Elon Musk had waited until SpaceX had its first successful launch before he began to create buzz around it.

The Smartest People You Know Should Work Under You

Phil Libin, former CEO of Evernote once wrote an article that discussed his realization that if he only had the time, he could take on most every job in his company and do it better than his employees. The realization wasn’t confidence boosting. Libin didn’t want to be better at these jobs than his employees. That as a clear formula for micromanagement. That doesn’t benefit anyone. At that point, he made the commitment that he would always hire people who could more than do their jobs better than he could.

Some leaders may schedule department walkthroughs where they meet with team members to discuss concerns. They may even have an ‘open door policy’ or be eager for suggestions. Unfortunately, these gestures are more symbolic than anything else.

Good CEOs don’t need to take this kind of action. Instead, listening to their staff is simply part of what they do. They know some of the best advice comes from the team members who make the products, interact with the customers, and are otherwise part of daily operations.

The best advice for leaders isn’t always what one would expect. Employees want to be confident in leadership. However, they don’t necessarily admire leadership that is overly harsh or who expect an unfair level of loyalty. Instead, empathy, vulnerability, and an ability to express a vision for the future is what employees most respect. 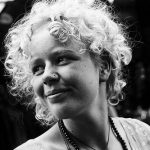 Margaret Reid is a freelance writer at Writersquad.co.uk who is seeking to discover new ways for personal and professional growth. Currently she`s working in the company The Word Point and trying to improve herself in the blogging career. Margaret is an experienced and self-driven specialist who cannot imagine her life without writing.