How to ask for a promotion at work 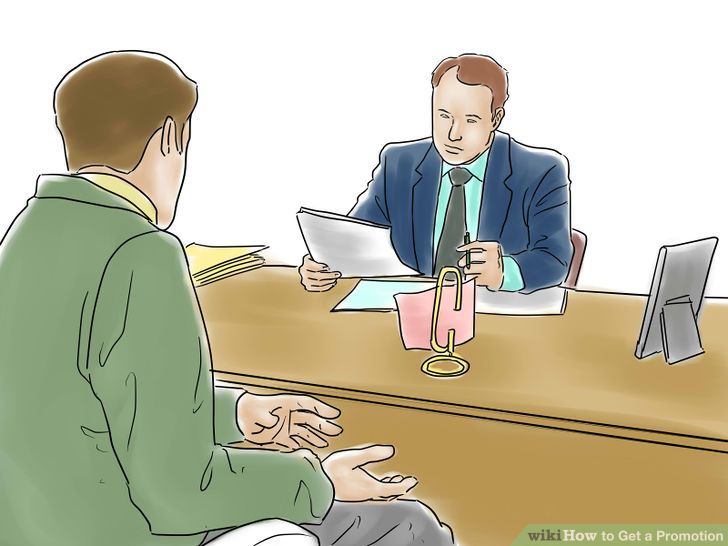 You’ve got your eye on a promotion. Maybe it’s the next job in your career path, or maybe it’s in another part of the company. Now what?

A CEO tells me what managers are looking for

A few years ago, I had a chance opportunity to talk with the CEO of a large public utility company. We met in his office on the top floor of a tall building, and we talked for 90 minutes. This was extremely generous of him – think how much his time must be worth – and I wanted to make the most of it.

Our conversation covered a lot of ground, but there’s one question and answer combo that really stands out to me, even now. I asked, “How do you find the people that you promote to be your VPs and SVPs?” I wanted to know the secret sauce for finding untapped potential, for identifying future superstars so that I could get promoted myself, and so that I would know how to find talent too.

His answer: “I look for people that are already working in and exploring areas outside their own, and I promote them.” In other words, he was looking for people already doing the jobs he needed to fill.

I expected him to use words like “potential” and “future”, but instead he used the word “already”. I learned that business managers don’t generally promote people based on potential, they promote them based on results. They’re looking for people who have already demonstrated that they can do the job. They may have to train them on the specific details or operational duties of the new role, but the major pieces are often in place before the promotion.

In hindsight, this is obvious. Managers are very, very busy people. They don’t have much time to teach people how to do new jobs. They barely have enough time to delegate and manage the business they’re responsible for running. So they’re not looking for potential, they’re looking for value right now.

From this perspective, a promotion looks a little different. Instead of something that’s granted to you by managers when they think you’re ready, it’s something you do and then ask to make it official.

Determine the differences in responsibility between your current job and your target job, and start doing those things. You can usually find job descriptions on your company intranet, or on the company’s Jobs page. If you can’t find the job description for the job you’re targeting, find someone doing that job and ask them to tell you about it.

If the new job you’re targeting is outside your current group, run it by your manager first. You may need to explain that you’re interested in a new role, and you want to get experience with it to see if it might be a good option for you in the future. Be as transparent as possible so your manager doesn’t feel that you’re being sneaky, and so you can avoid any political landmines that may be lurking.

Sometimes, you can’t just start doing that new job, so you’ll need to think of other ways to get some exposure to it. For example, maybe you’re aiming for a promotion from Consultant to Senior Consultant, and the difference between those two roles is that a Senior Consultant mentors other Consultants. Mentoring probably isn’t something you can just do, so you’ll ask your manager if there are any good mentoring opportunities where you can be useful. “I’m really comfortable with the Consultant role, and am already documenting processes and creating training for new Consultants. If there are any Junior Consultants that need a mentor, I would love to work with them.”

2. Ask to make it official

Once you’re pretty comfortable with the responsibilities for the job you’re targeting, then you can make a compelling case that your manager should promote you and make it official. “I want to show that I’m ready to be a Senior Consultant, so I created new training material and have been mentoring a Junior Consultant for the past couple of months. Can we talk about moving me up to Senior Consultant?”

Instead of waiting for a promotion to come to you, go get it with this two-step process:

This article was originally published by Josh Doody at fearlesssalarynegotiation.com.