5 Things To Do Just Before An Interview 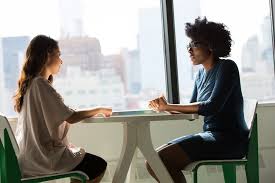 The internet is practically teeming with advice for young people and other job candidates heading into interviews. By now, if you’re focused on your career and you’ve ever had to switch positions or companies, you’ve probably read through a dozen or more articles on the subject. While these articles tend to do a fairly good job of teaching some basic strategies, however, few of them prepare you for those last few moments just before your interview begins. It’s during these moments that even a well-prepared candidate can succumb to pressure, which can lead to all kinds of problems.

Dealing with pressure and managing jitters can be fairly personal struggles, which is to say you may simply need to go through the interview process a few times to learn what works best for you. But here, rather than focusing on broader interview tips, we have a few suggestions for things you can do at the last moment to make sure you stay calm, prepared, and confident.

Drinking water can be the single most important thing you do in the minutes before being called in to interview. Of course, you don’t want to overdo it such that you feel full or need to use the restroom in the midst of your interview. However, it’s a simple fact that dehydration can alter mood and ability to think, and nerves can more or less exacerbate the problem. A cup or two of water in the final minutes can help to alleviate some of these issues and prime you to handle the task ahead.

2. Do Some Deep Breathing

We don’t just mean taking deep breaths, though that certainly won’t hurt. Rather, we’re talking about specific breathing exercises like deep breathing, equal breathing, etc. This is a trick that’s recommended sometimes for gamers and other people engaging with tech for lengthy periods of time, because concentration and mental focus can become issues. It’s said that the right techniques can make your respiratory process more efficient, leading to more relaxation and focus. And this is certainly true heading into an interview as well.

Bodily tension can have a huge effect on how we act, how confidently we present ourselves, and even how well we’re able to focus. It’s for this reason in fact that some experts suggest step-by-step muscle relaxation can even be the key to falling asleep efficiently! But here we’re simply saying that some simple, casual stretching in advance of an interview can work wonders. By loosening up your muscles and making your body feel more at ease you can transfer some of that relaxation to your general attitude and perhaps do away with some nerves.

Moving past physical preparation, we might also suggest you make a call to a friend or family member before your interview, so long as you’re able to cut the call off with a little time to spare. One of the aforementioned advice pieces on interviewing in general brought up the tip of asking a trusted friend to mock interview you. And while this isn’t exactly the same thing, it’s a somewhat similar idea. Basically, having a talk with another person as opposed to simply staying inside your own head can serve as a sort of conversational warm-up. Just make sure you don’t lose focus!

5. Speak Your Nerves Out Loud

This is a smaller tip, and one that not everyone will be drawn to. But if you suffer from nerves, it might just help you to clear your head. By speaking aloud and quite literally saying what you’re nervous about, you can actually make it sound a little less scary. We’ll put it this way: you’re probably more likely to deliver a firm handshake if, five minutes before the interview, you say aloud, “I’m scared I’ll make a weak first impression.” It’s not an exact science, but it’s certainly an idea to consider.