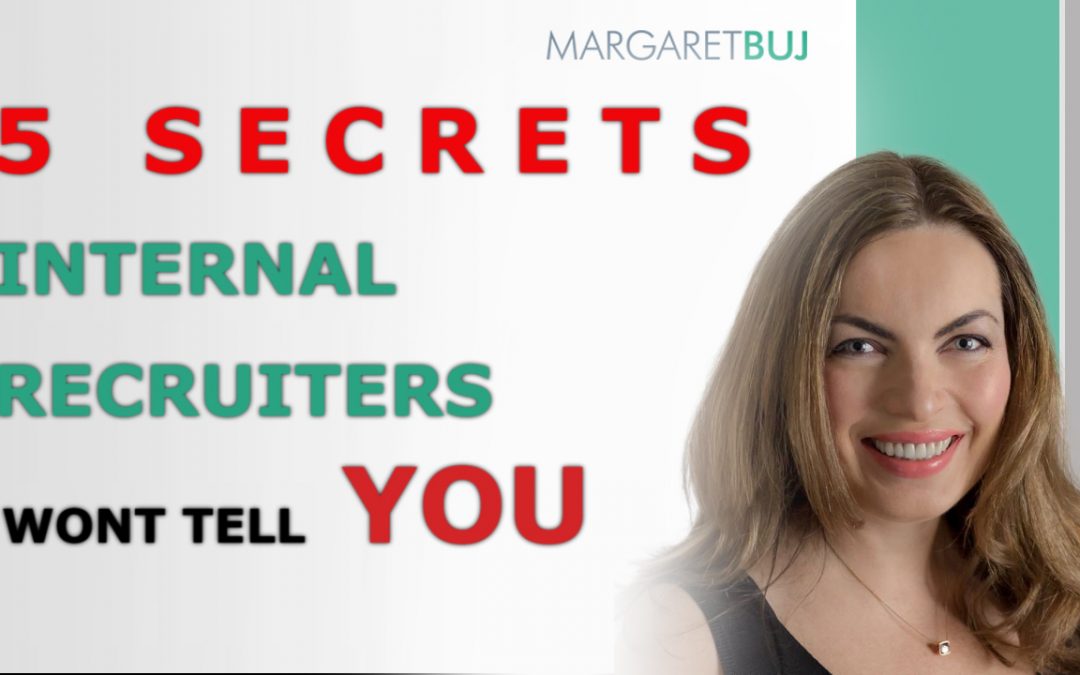 You might be intimidated when dealing with recruiters, but we genuinely want the best for you and the company. As much we want you to have a great candidate experience, here are some things we just can’t share with you.

1. “You typically could have got a higher salary if you had negotiated.”

Most companies have a salary band for each role and the first offer is usually not the highest one. There are exceptions to the rule of course – if a candidate is already at the top of the range, I will tell them before arranging onsite interviews, so they can decide if they want to proceed. Also, if the recruiter tells you their max. salary at the start of the process, there might not be any room for negotiation. However – most of the time you CAN negotiate. I talk about salary negotiation and include some salary negotiation scripts in my “Get the job you want” online course .

2. They just didn’t like you/they liked someone else better.

First impressions are important and if you haven’t made a great first impression – e.g maybe you were 30 minutes late, didn’t return the calls or whatever. It might be hard to move to the next round unless you were absolutely exceptional in the interview.

Likeability and team fit are very important – people always hire people they want to work with, so always try to show off your personality a bit, rather than just being super serious when answering questions.

If a recruiter or hiring manager had doubts about you, they won’t let you know if unflattering references just confirmed their doubts. If you provide references, they should be from people who can talk in detail about how you’ve exceeded expectations. I still remember one situation when a candidate gave me his reference details – probably thinking that I wouldn’t call this person – but his previous boss apparently fired him and would never hire him again!

Another potential scenario is that the hiring manager would reach out to someone you both know to get informal references without asking you about it first. If these references are negative, this might be the reason that you don’t get the offer.

4. “The job was filled internally.”

It’s very unfortunate that sometimes the company will interview you even though it is highly likely that an internal candidate will get the job.

It’s super annoying if you’re looking for a job but it happens – sometimes the hiring manager wants to make sure that the internal candidate really is the best option for the job.

It’s crucial to have a professional presence on the Internet as some hiring managers will try to review your social media pages. A friend who is a recruiter told me about a situation when they didn’t hire a senior level candidate in marketing since they’ve found lots of half naked pictures of him online and they didn’t think it was good judgement to have these pictures available for public viewing. Also, if you keep complaining about your job on Facebook and your settings aren’t set to private – you obviously won’t get hired if your prospective manager sees that.

I hope you’ve found these insightful. If a similar situation has happened to you, it probably wasn’t the right opportunity for you. If you’d like to learn more about what recruiters are looking for when looking at your resume, you’ll find a webinar on this topic in my “How to get the job you want” online course – this month only you can get it for £67 instead of £97 with OFFER19 coupon code.